Below are links to press publicity I have written or generated on comedy and theatre.

From May to December in 2013, I ran the Falmouth Comedy Floor and here is the local press coverage I generated: 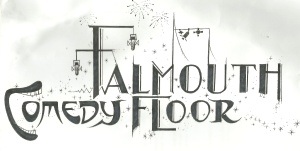 Falmouth Comedy Floor is twinned with the Freedom Fridge comedy night in Kentish Town. I launched this night in December 2009 with Rufus, Andrew “The Bagel” and Nigel, and it entered the Time Out Top 10 open mic comedy nights in London in 2011 and is still today in the list for Best Free Comedy In London.

My review of Josie Long at the Poly in Falmouth can be seen here.

3 thoughts on “Falmouth Comedy Floor and the Freedom Fridge”

Had UK Government Put Public Interests First, Might We Have Averted Disaster

Creativity Will Always Be Important for Humanity

Voyage of Discovery about Nutrition

We Must Keep Our Wits About Us