If you would like to maximise use of the press to reach your audience, particularly if you advertise, have you thought about how to get stories into publications?

We are all familiar with press releases and news releases. Often, these are written by marketing people and not journalists, which means that readers and publishers can tell that something is being sold or promoted.

If something newsworthy has happened, the press are often eager to hear about it and send out a reporter. However, how do you make your product, event or backstory newsworthy, so it is published in a newspaper or magazine, which reaches your audience?

Here are some examples of stories I have been asked to write to promote people, products and events. The process starts with someone wanting to promote something. I will then ask who? what? when? where? and, most importantly, why? It is a great marketing skill for your business to think about what is interesting about what you do and how would you tell strangers about it? 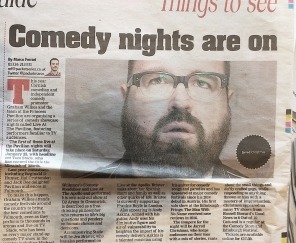 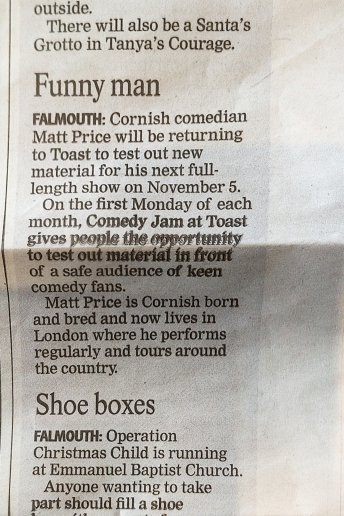 My comedy night in Falmouth 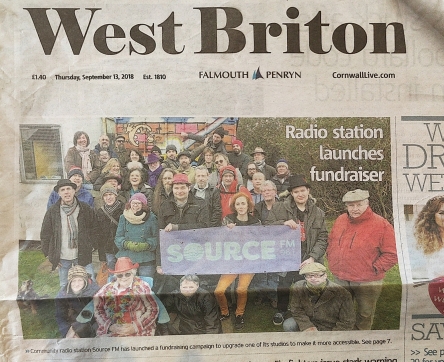 My specialism is ‘editorial publicity’, which means I will look for a reader-interest angle for an event, business, person, product or activity, which will get a story published in the local press. I’ve had the Fish Factory mentioned in the Guardian and Nate Valentino featured in the ‘best things to do in New Year’s Eve’ for his DJ set at Toast. Otherwise, the Falmouth Packet and West Briton have printed various pieces between 2012 and 2019. 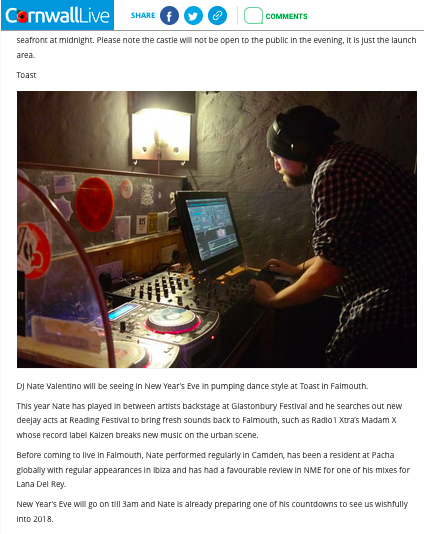 My next aim is to go for some bylines to rejoin the National Union of Journalists and the press corps for the 4th time, while continuing to develop my nutrition app.

Thank you to the Falmouth Packet and West Briton for publishing these releases:

Here are some cuttings that may have just been in print including Cirque Du Sille at the Poly in January, a gig in St Ives and more comedy events: 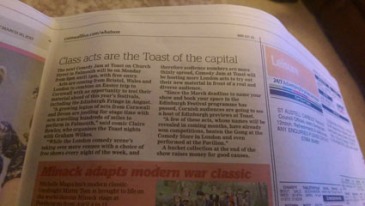 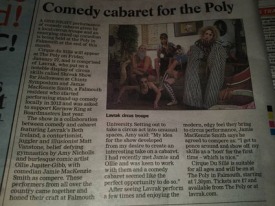 How can we choose the best packaging and transport for our purchases?

How Do We Protect Ourselves and Recover from Pandemic? A Wider Look at COVID-19 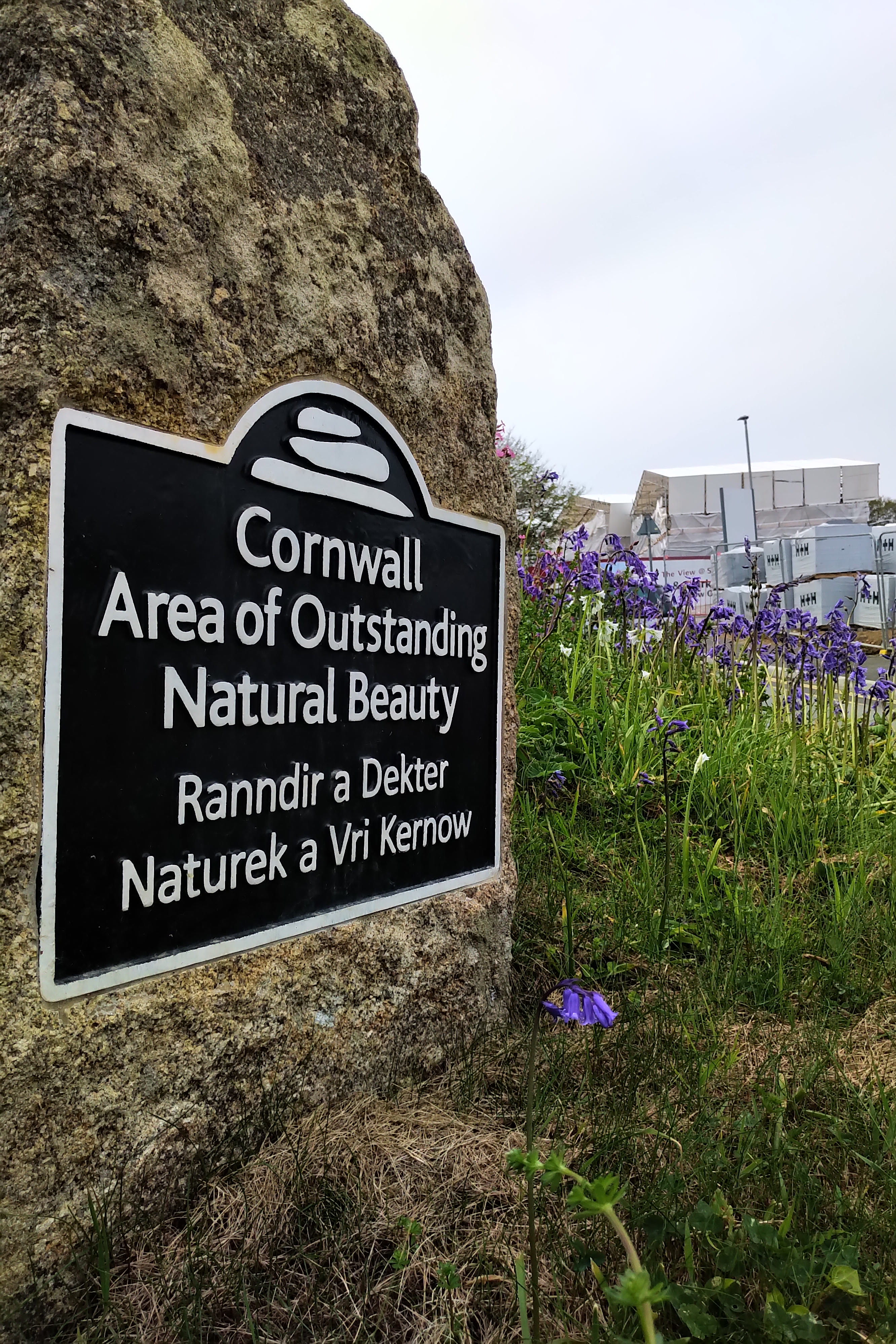 How We Can Protect Health and Environment in One Go

Of Life & The Living